Jamie Vardy has rescued a point for Leicester after scoring a late equaliser against 10-man Arsenal, keeping the Foxes nine points clear of the Gunners while they occupy the last of the Champions League places.

The deadlock was broken after 21 minutes when Buyako Saka, who recently committed himself to Arsenal with a new long-term deal last week, was at the heart of the opening goal, as his quick feet wrong-footed Jonny Evans before squared the ball for Pierre-Emerick Aubameyang to finish off a well-worked move.

Alexandre Lacazette nearly became the second person to benefit from a Saka cross after he received the ball inside the box, turned, and then fired a low, hard shot towards goal but Kasper Schmeichel pulled off a fantastic save to deny the Frenchman. 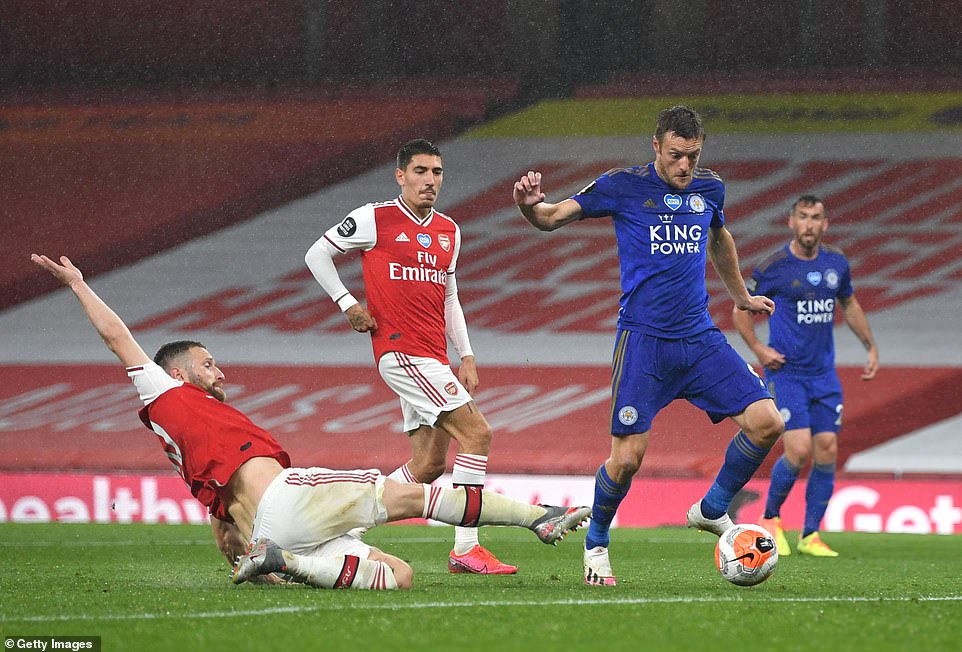 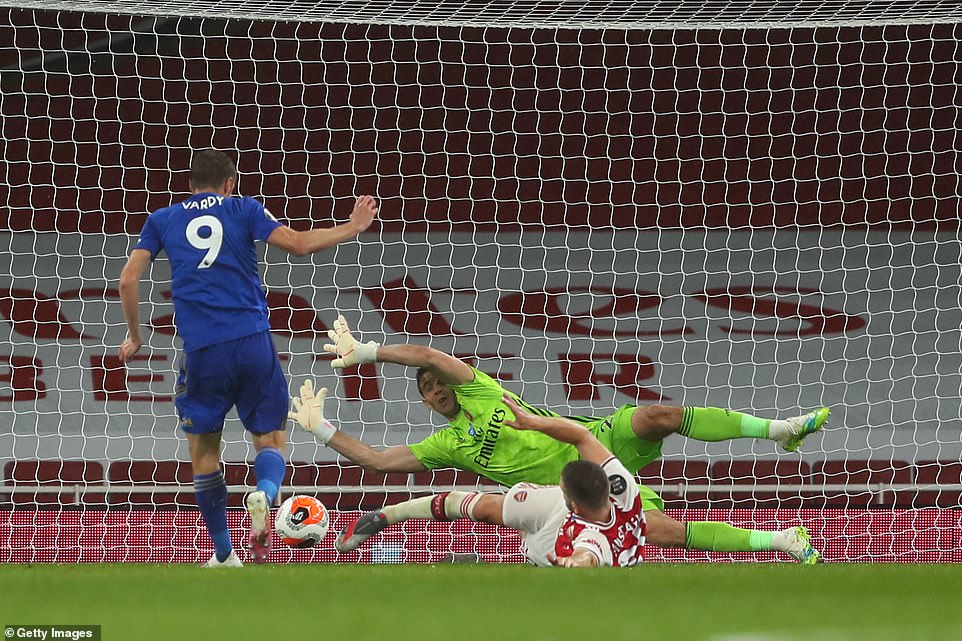 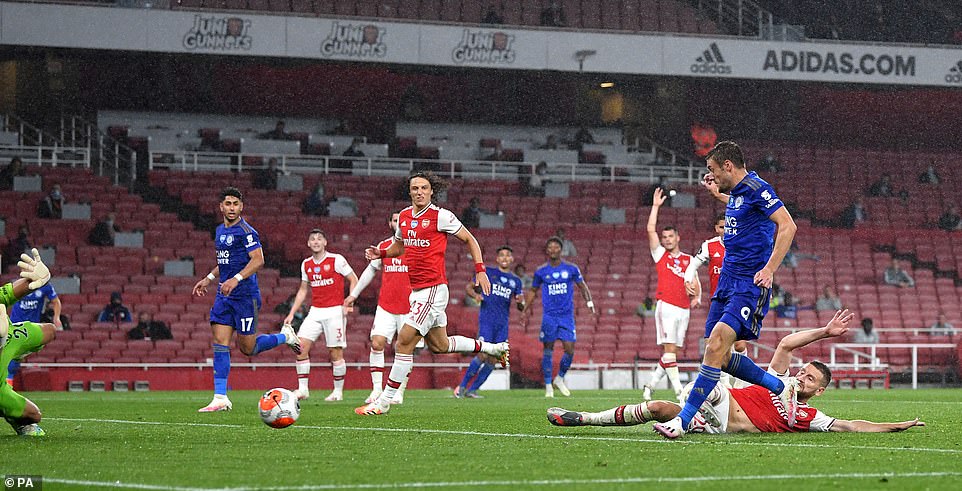 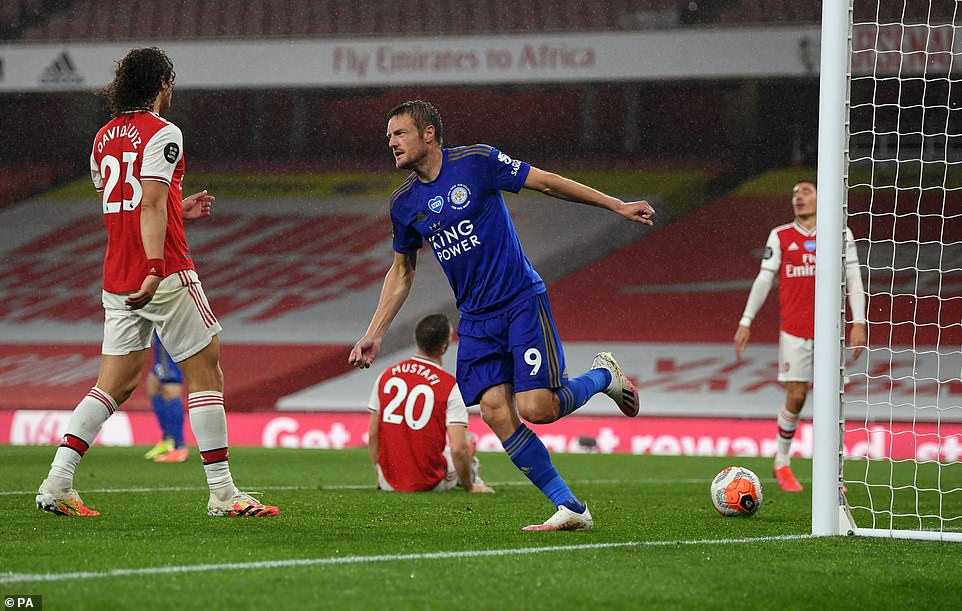 MAN OF THE MATCH: TBA

Minutes later, Kelechi Iheanacho had the ball in the back of the net for Leicester but referee Chris Kavanagh ruled the goal out having spotted a foul in the build-up to the goal.

The Gunners continued to threaten before the half-time interval, with Lacazette gifted another opportunity to score but his diving header was comfortably saved by Schmeichel.

Leicester then had another glorious chance to equalise shortly after the restart, when Vardy delicately put through Iheanacho again but the Foxes striker could only volley down the centre of the goal, which was smartly covered by Martinez in the Gunners net.

Just before the second-half drinks break, Lacazette thought he had doubled Arsenal’s lead after putting in David Luiz’s knock-on header but the goal was correctly ruled out for offside. 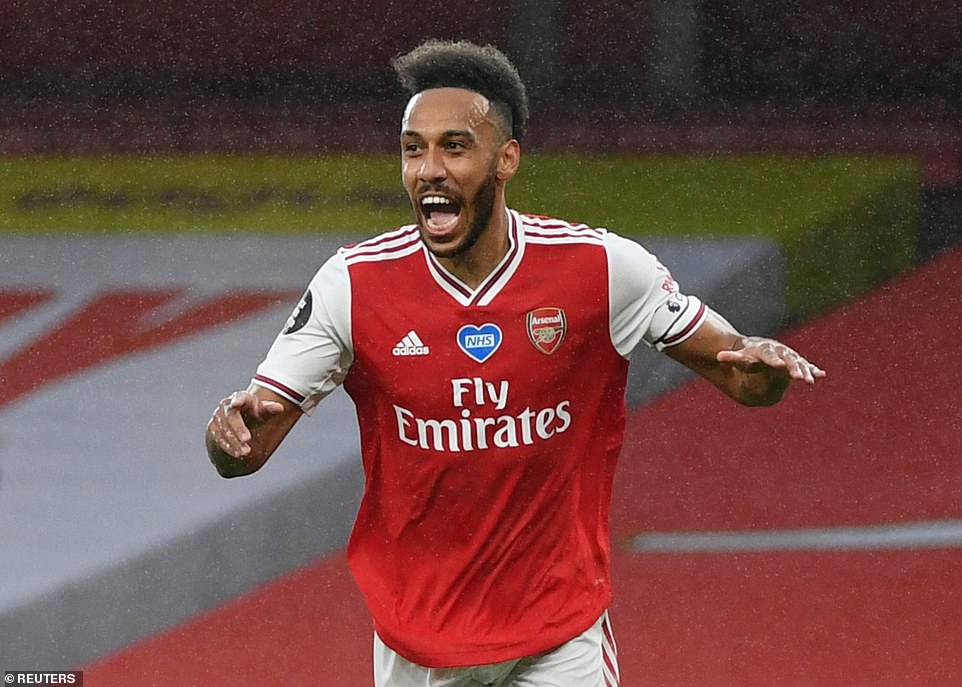 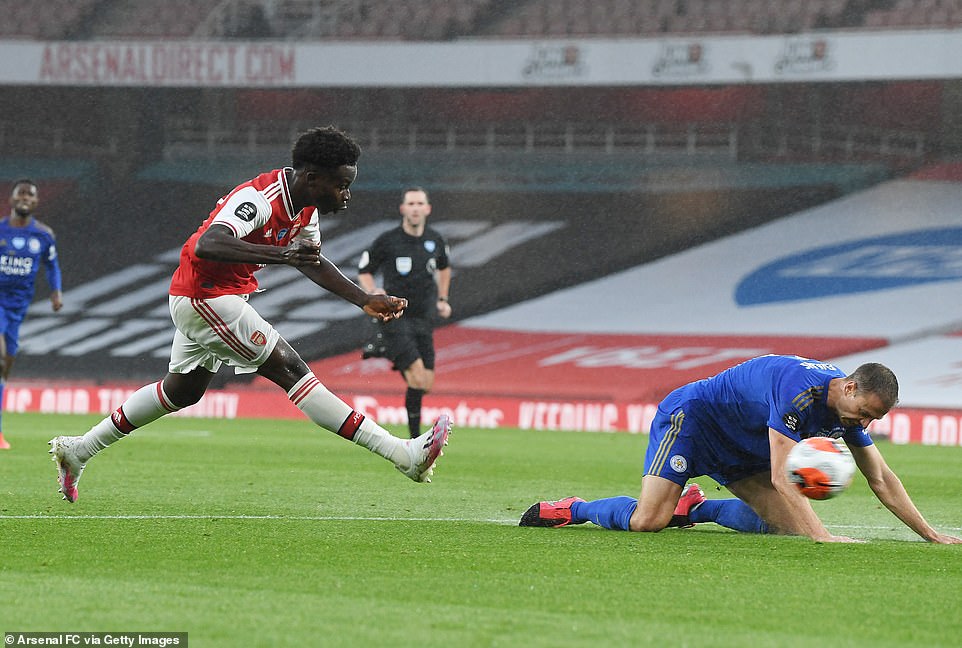 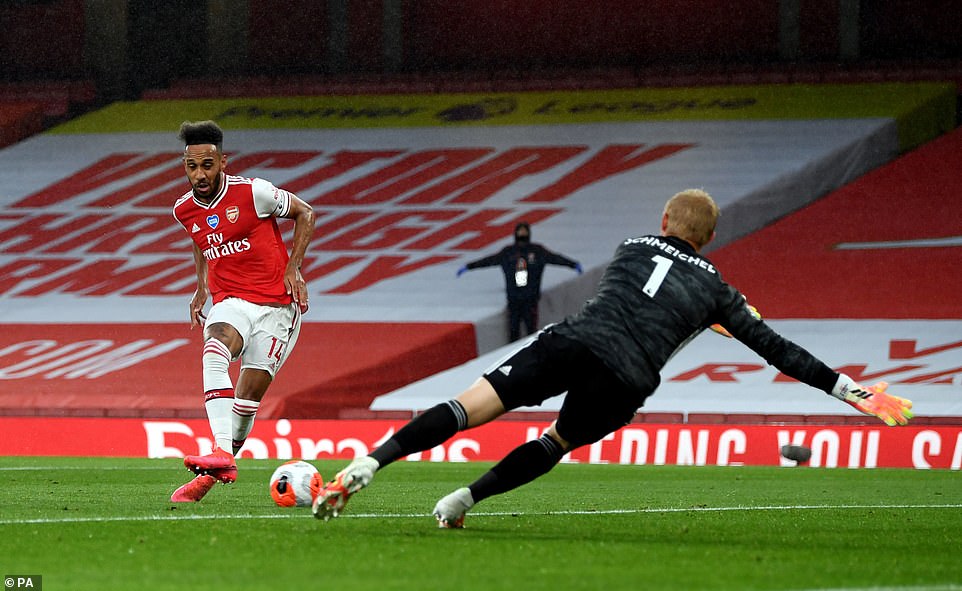 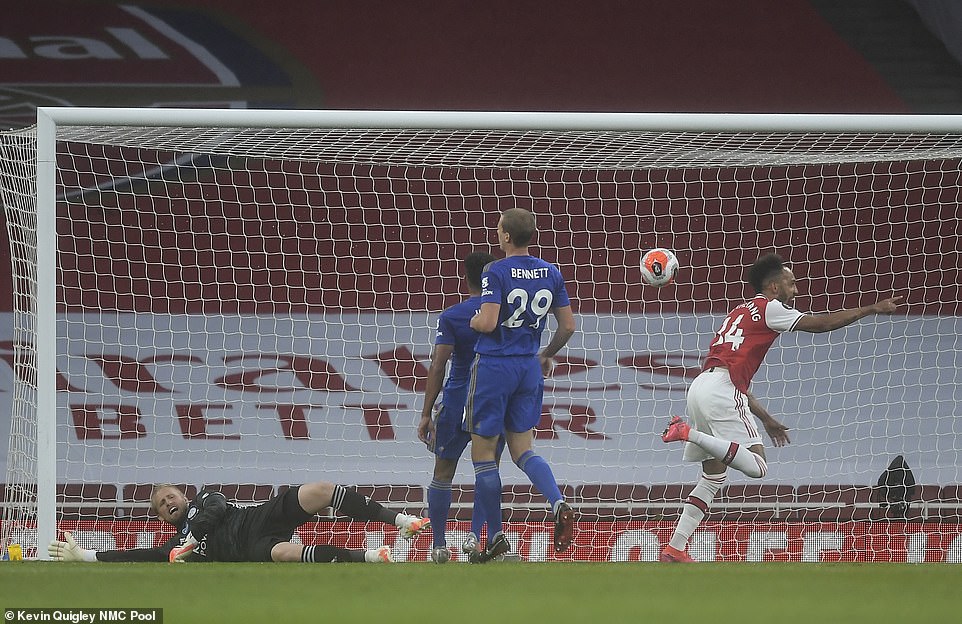 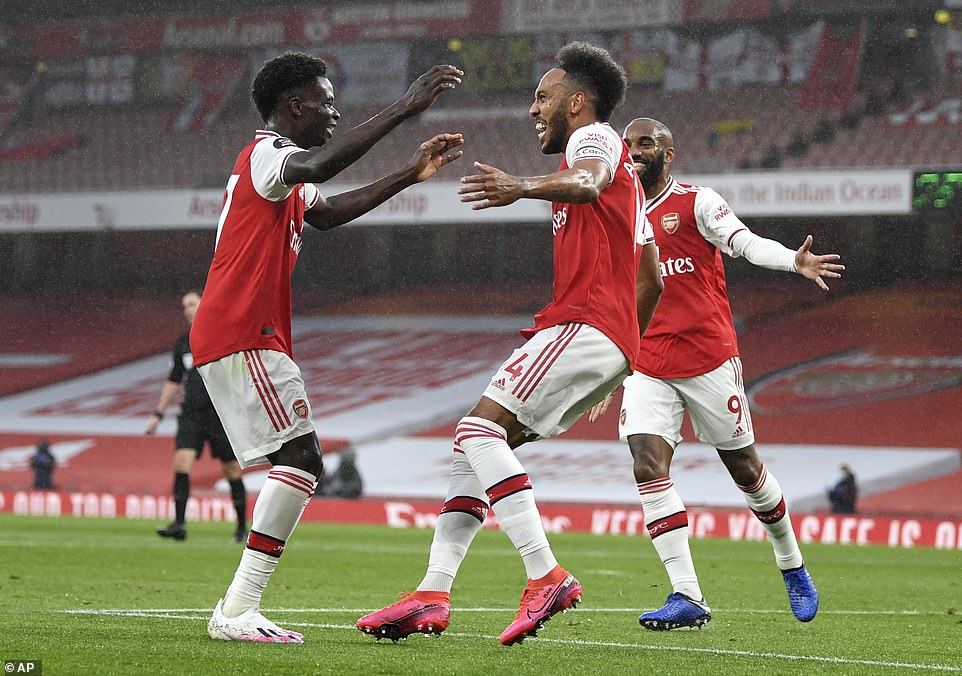 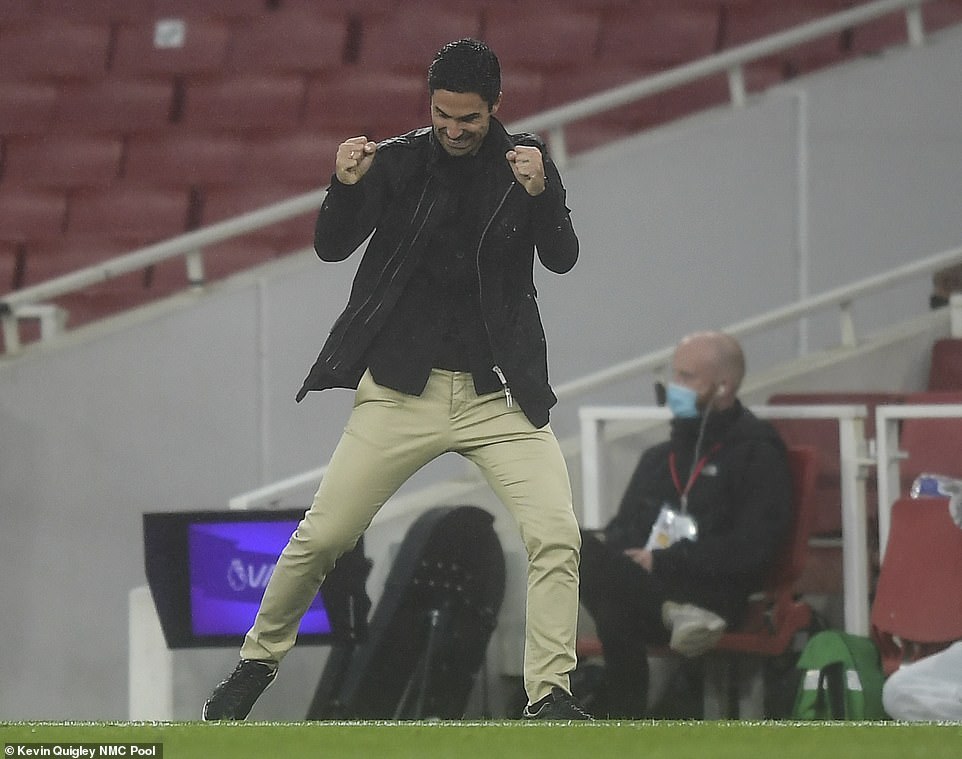 Shortly after, Arsenal were down to 10 men after Edward Nketiah, who had been on a matter of minutes, was initially booked for a late challenge before referee Chris Kavanagh consulted the pitchside monitor courtesy of VAR’s intervention to then overturn his call to send the youngster off.

With the Gunners a man down, Leicester put on the pressure and were rewarded for their efforts and it was Vardy who was the man to score the equaliser, scoring his 10th career goal against Arsenal.

The Foxes players held their breath as VAR analysed the goal for a potential offside but the celebrations were warranted when the check was completed and the goal was given. 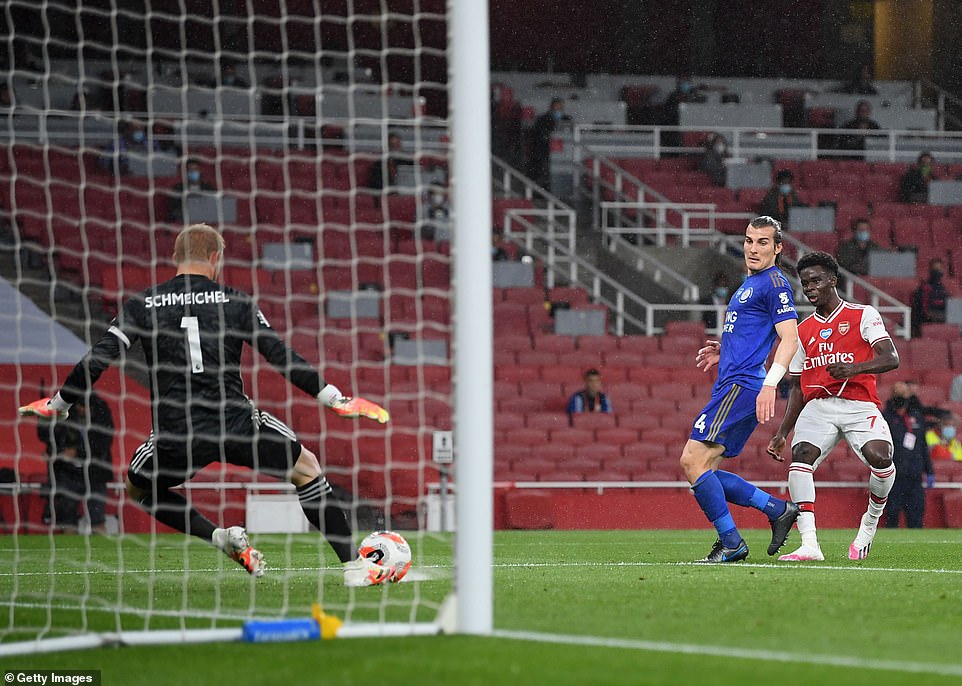 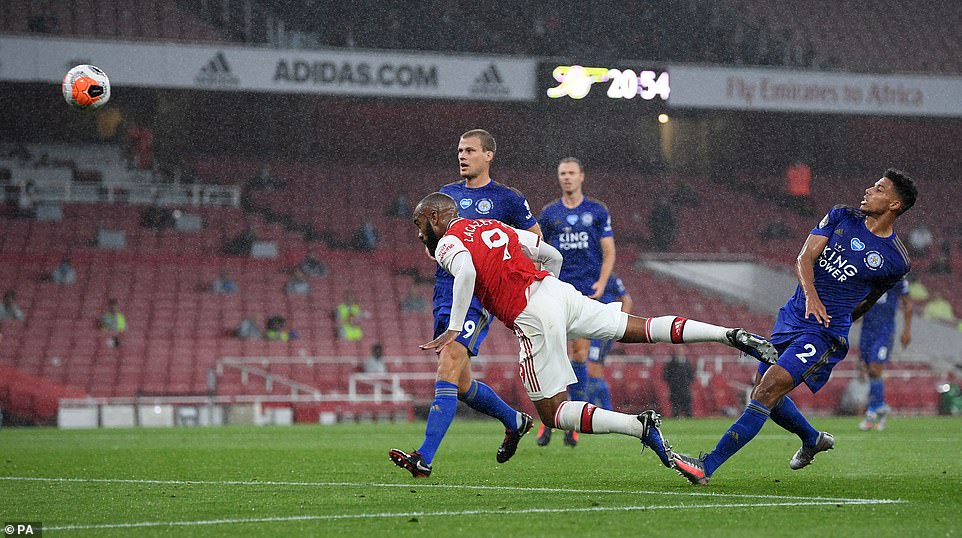 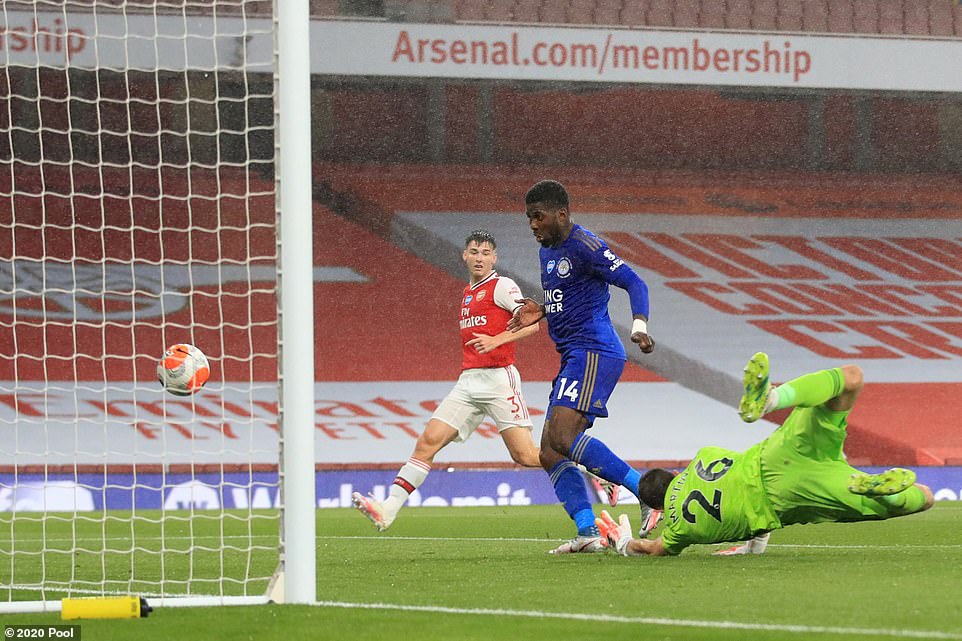 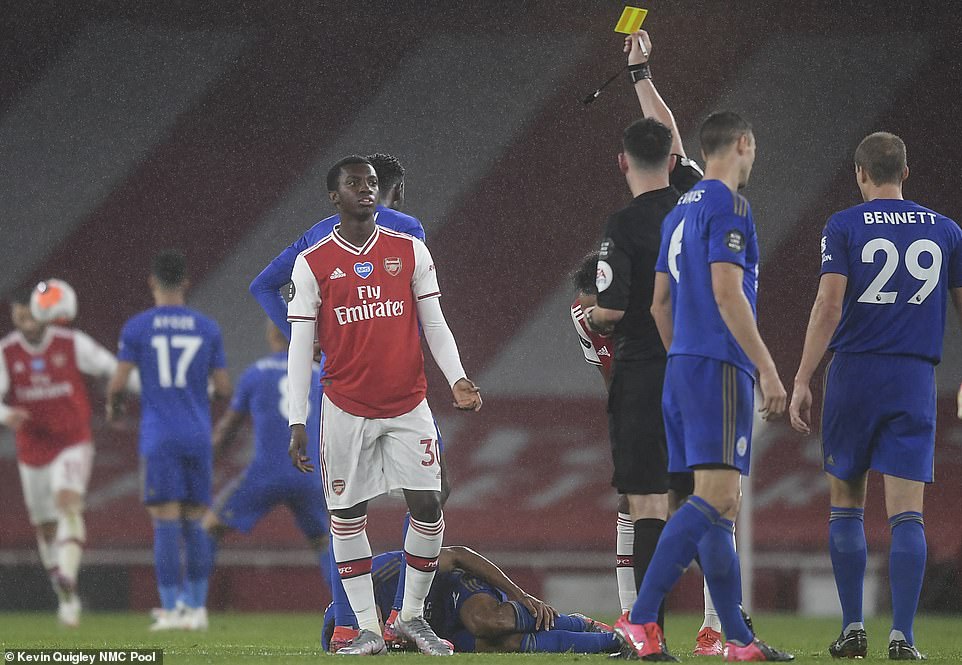 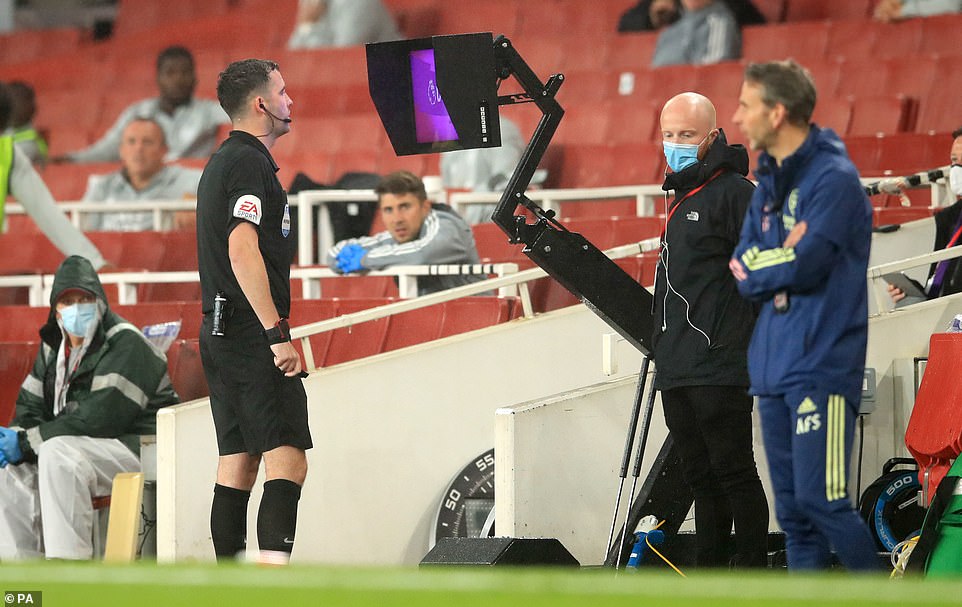 However, following a lengthy review from VAR, the boys in Stockley Park recommended that Kavanagh should rethink his call 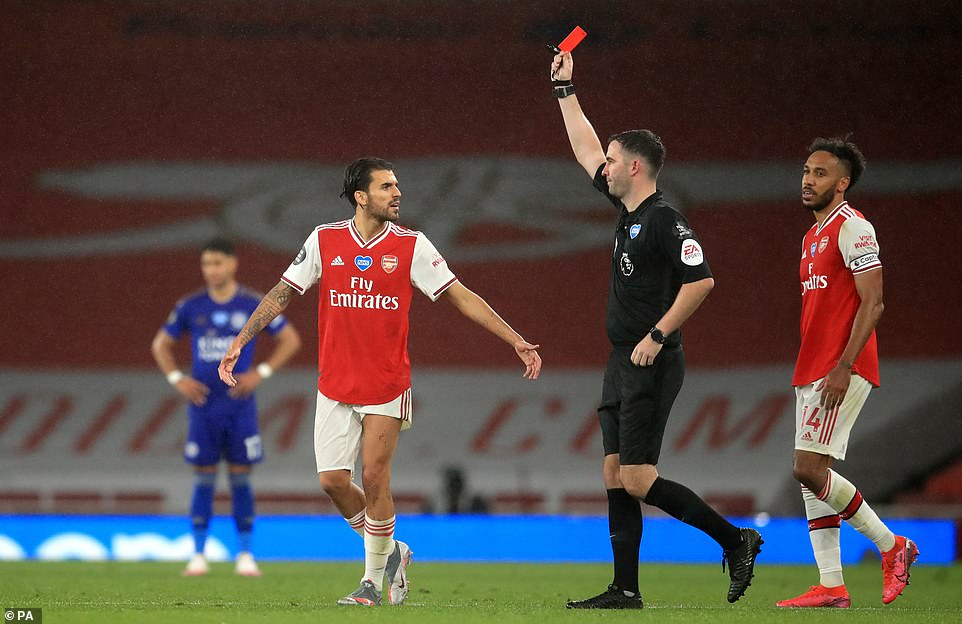 After watching one or two replays of the incident, Kavanagh reversed the booking and sent Nketiah off for the challenge 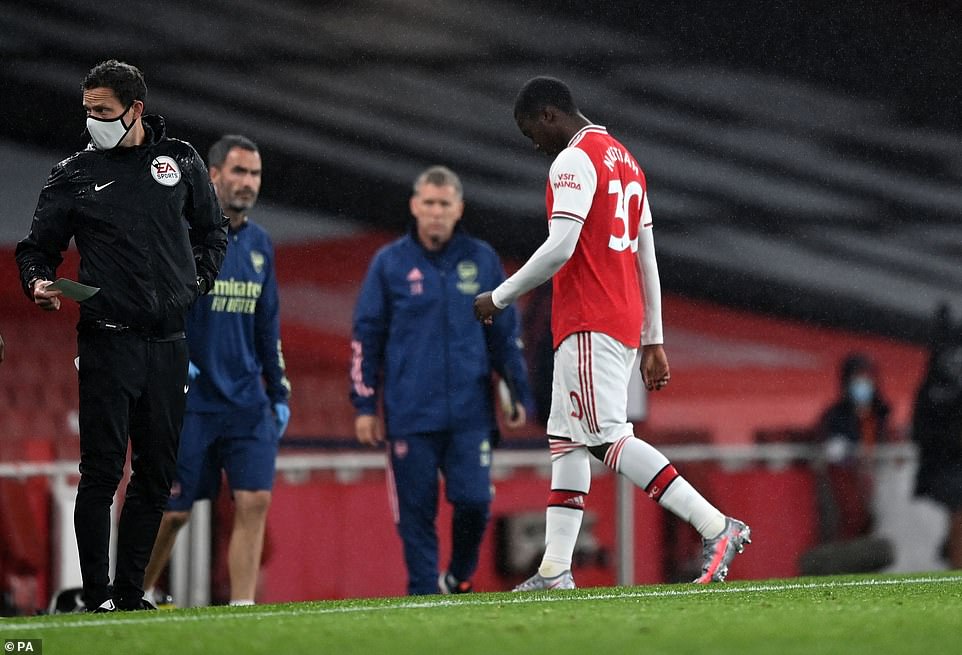 The Arsenal starlet, who had been on a matter of minutes, makes his way off the pitch after being given his marching orders 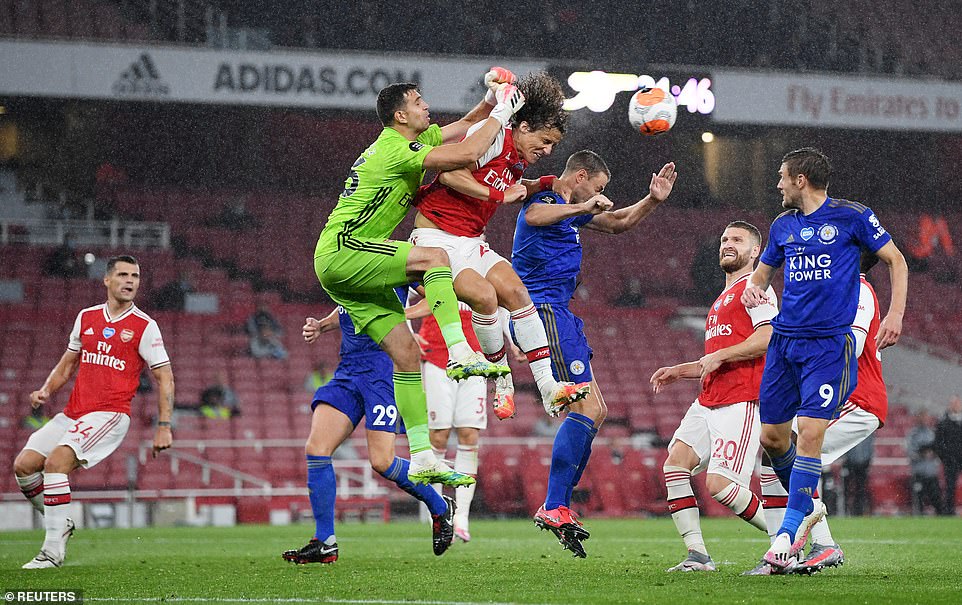 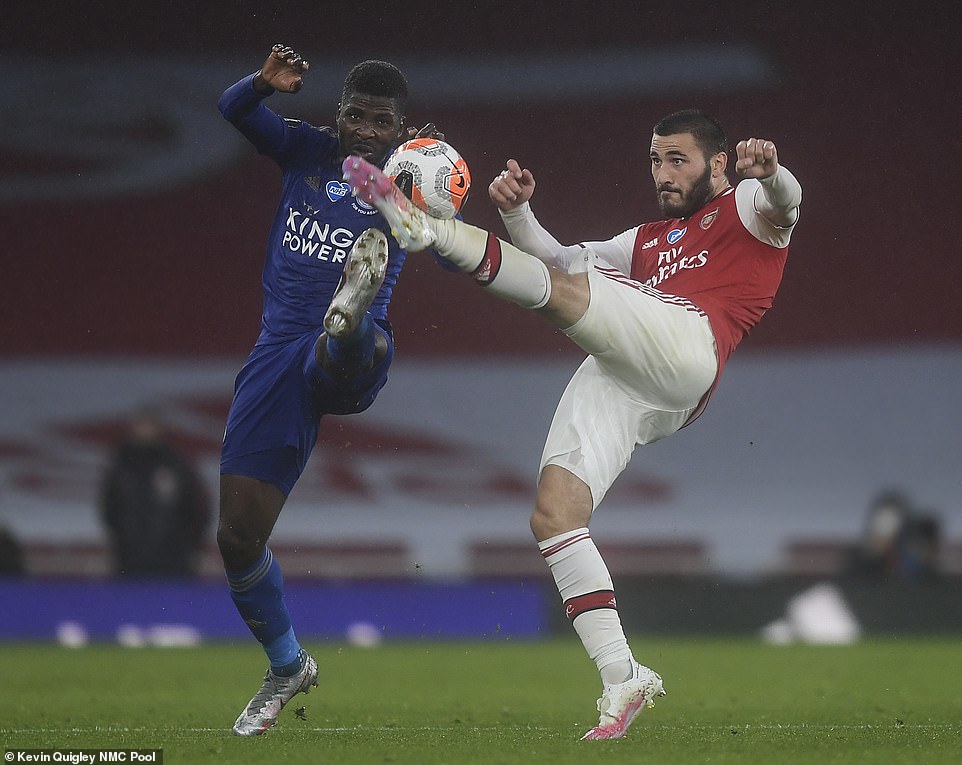 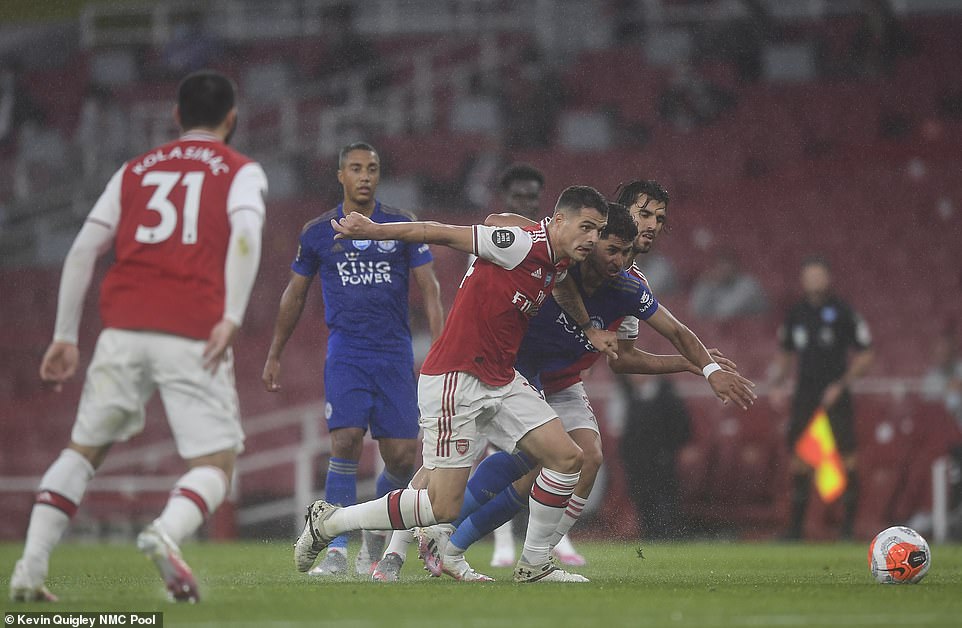 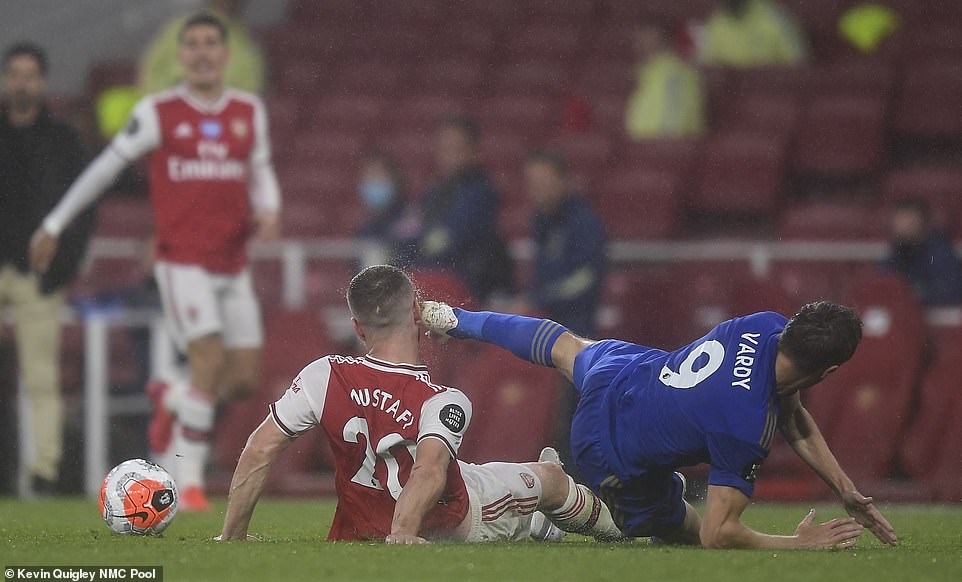 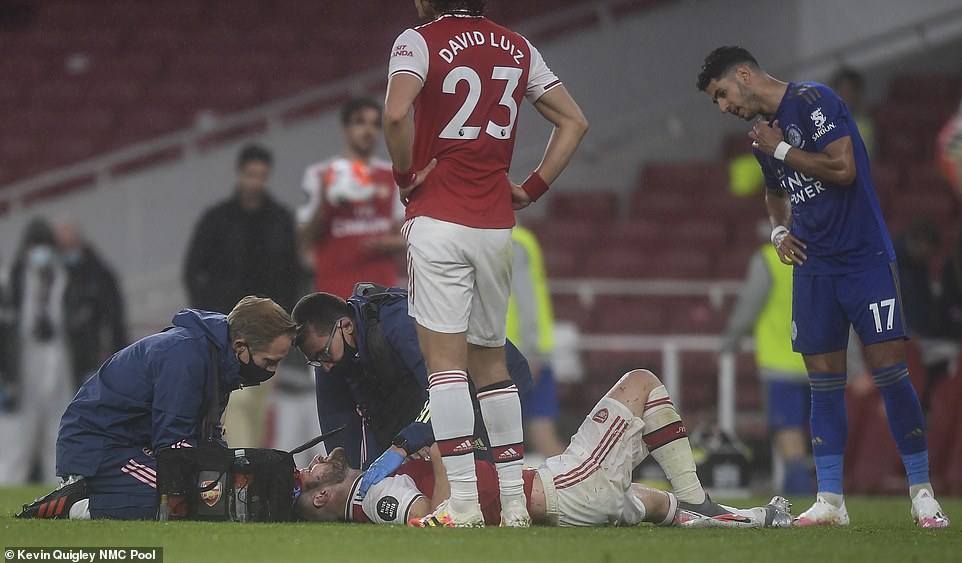 The battle for the European spots next season hits a pivotal fixture as Arsenal host Leicester City to round off the evening’s Premier League action.

The Gunners will want to continue their resurgence following a string of wins that have put them back into contention for qualifying for European football next season.

Brendan Rodgers’ men had their first victory since footballs resumption last weekend with a 3-0 win over Crystal Palace as they look to hold off pressure from Chelsea, Manchester United and possibly the Gunners in the battle to reach the Champions League next term.

Sportsmail will provide live Premier League coverage of Arsenal vs Leicester including score, lineups and build-up for the 8.15pm action at the Emirates Stadium.