ExWHUemployee has claimed that Cheikhou Kouyaté expressed to David Moyes that he would like to come back to West Ham during a chance meeting recently.

The Hammers sold the 30-year-old midfielder to Crystal Palace for £11 million in the summer of 2018 (Guardian).

The 57-capped Senegal international joined the Hammers from Anderlecht in the summer of 2014. And he proved to be an instant hit in east London.

The way in which Kouyate carried the ball from defence to attack gave West Ham something extra in the middle of the park.

His last 18 months in east London were far from impressive, however. The Senegalese midfielder’s work-rate and all-round effort seemed to fall off the face of a cliff.

And as mentioned earlier, he was quickly moved on to Palace.

Potential return to east London on the cards? 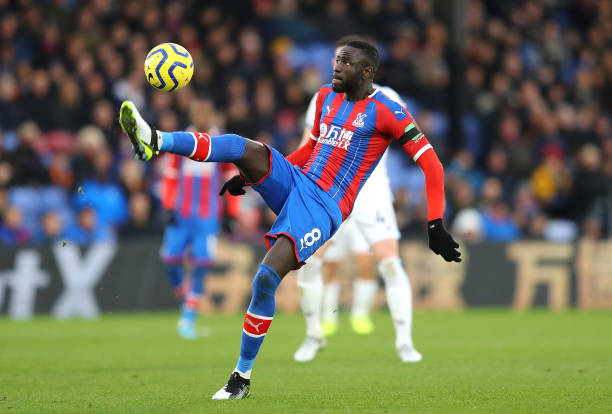 But now ExWHUemployee has claimed that Kouyate has told David Moyes that he is open to a return to the London Stadium:

Apparently they had a chance meeting not long ago and Kouyate expressed he would be keen to come back. Moyes likes him but Soucek has been bought now and other positions are a priority https://t.co/Y8CN4v9im5

This is surely something that Moyes will not pursue, in spite of ExWHUemployee’s claim suggesting that the Scot likes the 30-year-old.

The Hammers already have Tomas Soucek to play the box-to-box role. And Kouyate is not even in the same league as the 25-year-old Czech ace.

The Crystal Palace man proved towards the end of his time at West Ham that he loses interest quickly when things aren’t going his way.

And that is the last thing that David Moyes needs right now.