Tottenham Hotspur could make a shock move for a Premier League winger this summer according to fresh reports.

As per MrRussoTM, Spurs are one of several top-flight teams who are interested in signing Crystal Palace star Wilfried Zaha with north London rivals Arsenal as well as Newcastle United and Everton also mentioned.

It’s claimed that the 27-year-old has told the Eagles’ hierarchy that he wants to leave Selhurst Park at the end of the season as he wants a new challenge.

Wilfried #Zaha has made it clear that he wants to leave Crystal #Palace this summer and wants a new challenge. His agent still in contacts with #Arsenal. #AFC have re-interested in him. #Tottenham also want the player but #Zaha prefers #AFC move again. #THFC #CPFC #AFC 🔴🔵⚪⚫

Zaha has been a standout for Roy Hodgson’s side ever since returning from Manchester United in 2014. In the last four seasons, he’s netted 29 goals and has also provided 20 assists, via WhoScored.

Whilst this term, the enigmatic forward has averaged 4.5 dribbles, 1.5 shots and 0.9 key passes per game – only Adama Traore and Allan Saint-Maximin have enjoyed more success dribbling along the wing this season.

Who would you rather have at RW? 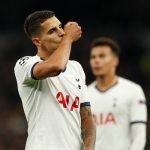 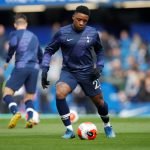 Meanwhile, their current chief, Mikel Arteta, has waxed lyrical over him too. He said: “I think he’s a terrific player and I think the impact he’s had in the Premier League in the last few years has been phenomenal. His ability to create chances on his own is unique. We know Wilf and the type of talent he is.”

This is a sentiment very much echoed by Hodgson, who believes the Ivory Coast international is a “game-changer”.

Jose Mourinho has plenty of options in his role, however, so it would be an interesting decision to make if the club can afford to purchase the £36.9m-rated star in the summer.

On the right side, in particular, the Portuguese has Lucas Moura, Erik Lamela, Steven Bergwijn and even Gedson Fernandes to choose from.

Though, it would certainly hand supporters some bragging rights given their arch-rivals’ continued interest in him.

Would you like to see Zaha at Spurs? Let us know below…