At the age of just 20-years-old, when you’re a central midfielder who has won plaudits from the likes of Danielle De Rossi, you’re definitely doing something right, and that’s exactly the case with young Agustin Almendra, a young Argentine midfielder currently at Boca Juniors.

According to TuttoMercatoWeb, the Boca Juniors man is being looked at by West Ham, as well as both Napoli and Roma, although the youngster’s price is expected to fall as he’s simply not playing at Boca at the moment and is keen to leave the club as soon as possible.

This report comes as TMW compiled a list of who the next stars born in the 2000s could be, and Almendra’s name featured alongside the likes of Everton’s Moise Kean, RB Salzburg’s Dominik Szoboszlai and Callum Hudson-Odoi.

However, the Hammers will only be interested in the news surrounding Almendra, who is linked with a move to the London Stadium in the article, and from the looks of things he’s a talented young player, with five caps at U20 level for Argentina and one goal in his six Argentine Superliga games this season (Transfermarkt).

Will we get a result at The Etihad? 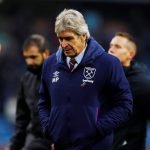 ‘The second one is Agustin Almendra, from Boca. He is also on a war footing because he is not playing in Boca. For references, if you don’t trust ask Daniele De Rossi, who has seen him up close.’

‘Napoli had treated him, West Ham is looking for him, his possible arrival at Rome had also been hypothesized. Its price has gone down over the past few months. Precisely because he is not playing and wants to leave.’